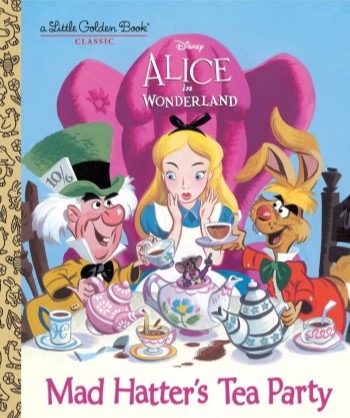 Over the summer we have collaborated with the Owen McVeigh Foundation and Virgil Van Dijk to try to keep up the spirits of our junior members as we continue to live through this pandemic and all of the problems that comes with it.

We have already had the pizza and movie nights and the last of the trio of events took place on Saturday.

A team of volunteer drivers delivered afternoon tea packages to all of the children that live in the catchment area set by the Owen McVeigh Foundation.

It was a massive operation with over 150 parcels being delivered to children from the Foundation and the LDSA.

Five of our children who regularly attend the Boss night sessions had their parcels delivered by a special guest the one and only Jamie Webster.

We would sincerely like to thank Jamie who on the previous day released his debut album but he was adamant that he was going to visit the children and my word did he do just that!

The rendition of the Virgil Van Dijk song that he did with Joel Hargreaves will live long in the memory of those that were there to see it and the video has been seen by over 250,000 people on twitter.

It was an heart warming moment on what was a very significant day for young Joel and all of his family.

All of the families who received a visit from Jamie and Mark have been in touch to tell us what a difference it made to both themselves and their children.

We have also had many emails from the families who received an afternoon tea delivery to tell us that all of the children had a wonderful time.

We will continue to strive to make life long memories for both adult and junior members of the LDSA. 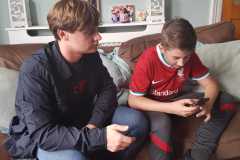 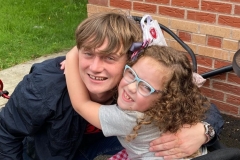 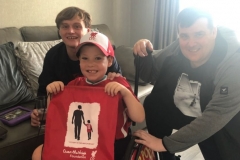 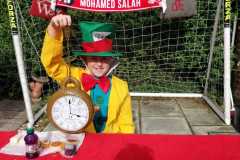 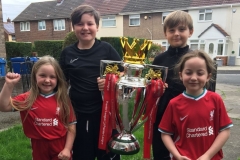 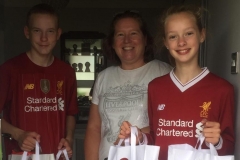 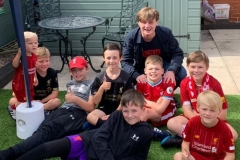 If you wish to support the work of the Owen McVeigh Foundation you can do so by clicking the button below,

Donate to the Owen McVeigh Foundation