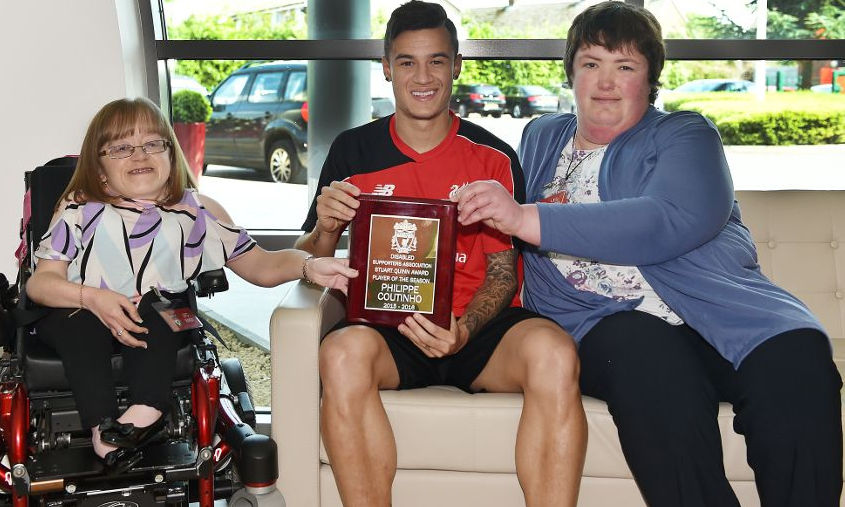 Philippe Coutinho was named Player of the Season by the Liverpool Disabled Supporters Association for the second consecutive year at their end of season gala dinner on Thursday evening.

Following a ballot of LDSA members, the Brazil international was the outright favourite and voted as the Reds’ star player for the 2015-16 campaign.

Coutinho was presented with the special prize at Melwood last week, with LDSA members Paula Tully, Lyndsey Jones, David Higham and Laura Higham there to hand over the accolade.

The No.10 said: “I am honoured to be voted as Player of the Season by LDSA members for the second year running. I would like to thank everybody who voted for me.”

Keith Graham, LDSA chairman, added: “We are delighted to present Philippe Coutinho with this award. His courageous attitude and drive throughout the season has been brilliant and he is a worthy winner for his campaign during the 2015-16 season.

“The LDSA end of season gala dinner is a fantastic evening and provides the perfect opportunity to bring LDSA fans together to celebrate the achievements of the team during the season.”