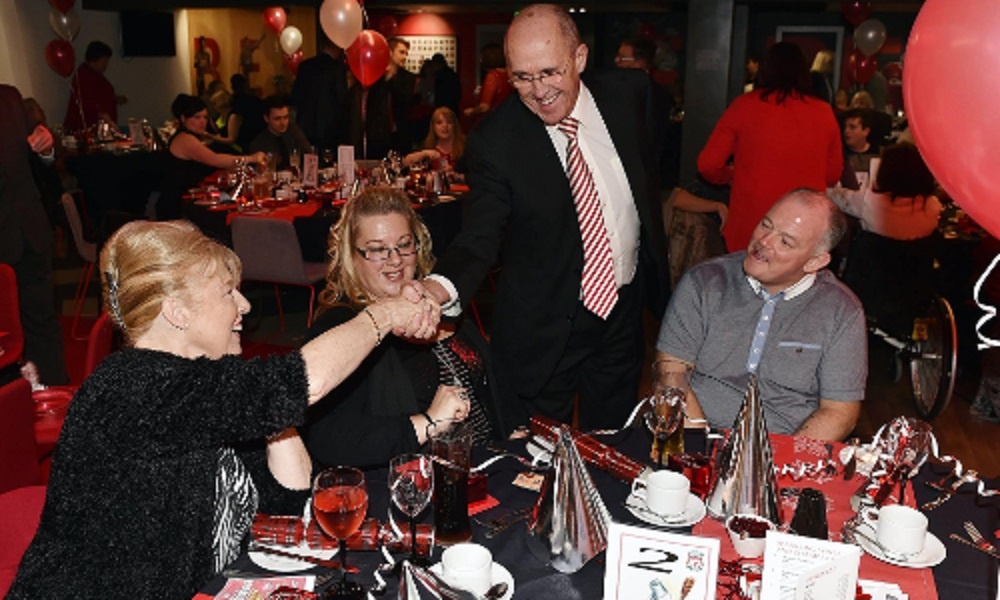 Our annual Christmas party was held on Thursday 3rd December in 'Reds' in the Centenary Stand. A great night was had by nearly 200 members who were entertained by the Deltatones and magician Spencer Lynch. Also spending the night with us were a host of guests including former players Gary McAllister, Phil Neal and Alan Kennedy, while former manager Roy Evans and LFC Ladies players Gemma Bonner and Maz Pacheco also enjoyed the night. John Thompson from the Liverpool Echo was also a guest of committee member Tommy Hutchinson. LFCTV filmed and interviewed guests, and the official club photographer took photos.