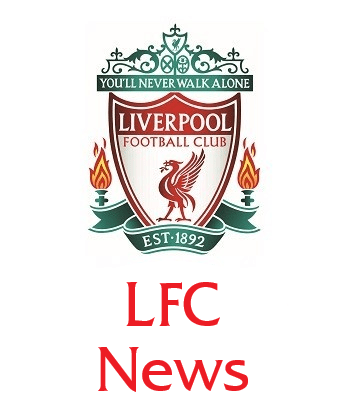 Liverpool FC is making the final preparations to welcome supporters to Anfield for the back-to-back pre-season friendlies on August 8 and 9.

Many fans have not been to the stadium for over 12 months and there have been important changes to the matchday experience. There is a new Return of Supporters hub with all the relevant information here.

The most important information you will need ahead of the match is listed in our Anfield Fan Checklist: 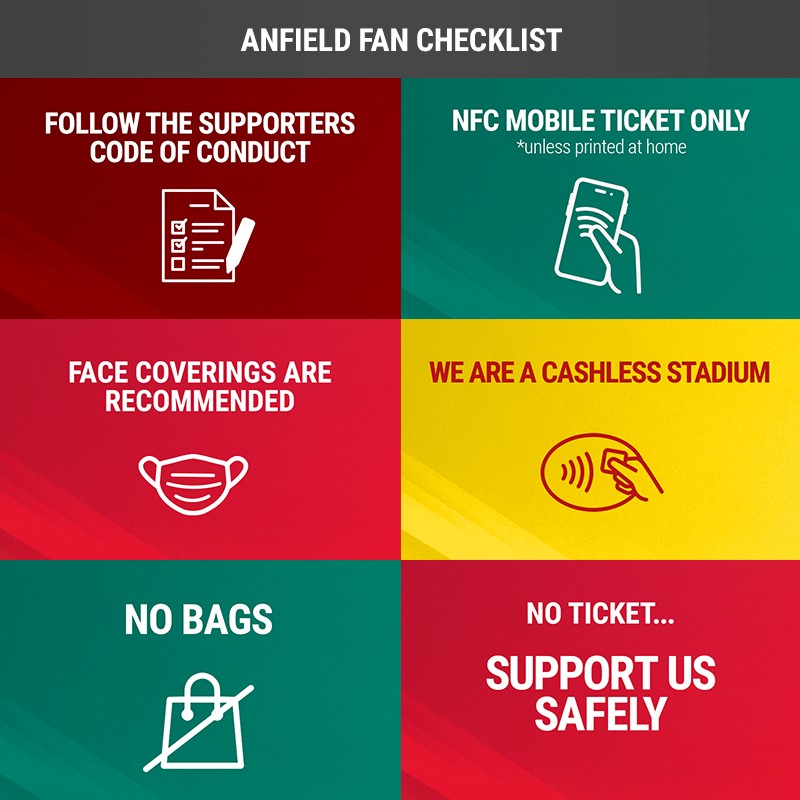 Leave yourself plenty of time

Preparing for returning to Anfield is essential and please arrive early in plenty of time before the match starts to allow for ID checks and search procedures. Queues may be likely the closer to kick-off you arrive. You are also reminded to plan your journey and view the updated travel map.

NFC passes must be downloaded and ready to use before preparing to access the stadium. Season ticket holders and members who purchased in the dedicated sales before 1pm BST on Tuesday July 27 will gain access using their seasonal NFC Pass. Please make sure you have downloaded to your phone for the match on the 8th or the 9th before setting off from home.

For the many using their NFC passes for the first time, please follow this step-by-step instruction guide. The ticket office will be open on matchday for support, with additional Fan Services stewards near turnstiles to support with entry. Fans with NFC passes are required to bring ID with them.

For fans who purchased tickets in the general sale (any tickets purchased after 2pm on Tuesday July 27), you have been issued with a print-at-home ticket and have two options on how you can use these to gain access into Anfield: you can either use the QR code on your phone to scan via the turnstiles or you can print them out and bring the tickets with you.

No bags are permitted in the stadium and there are no bag storage facilities available. Small bags carrying hygiene products and/or medicines or club shop bags carrying purchases from the retail store are the only exception. Those bags permitted will be subjected to a bag search on entry point.

IMPORTANT INFORMATION FOR ALL SUPPORTERS REGARDING ANFIELD RD.

Anfield Rd is no longer a through road on matchday and access is only permitted for those fans with a ticket for the Anfield Road Stand.

Following the full-time whistle, please follow directions from the stewarding team. It is recommended you wear a face covering and maintain distance from fellow supporters where possible when leaving the ground.

Fans are also reminded that Anfield is home to many people so we ask that you respect residents by leaving quietly and taking any litter home with you.

In line with our city partners at Liverpool City Council’s Ground Safety Advisory Group and Public Health Department, supporters are strongly recommended to take a lateral flow test 24 to 36 hours prior to kick-off.

Matt Ashton, director of public health at Liverpool City Council, said: “The return of football fans to Anfield for these two pre-season games is a good indication of a slow return to normality ahead of the new Premier League season start.

“I’d like to thank Liverpool Football Club for their support in encouraging their fans to take this test. We have mobile testing centres across the city to make the tests as accessible to as many fans as possible. We would also like to remind supporters that testing kits are available from various locations within the community and can even be sent directly to their home.

“The test takes no time at all and does not hurt. By getting a negative result, fans will be able to watch the game with the peace of mind that they are doing so safely.”